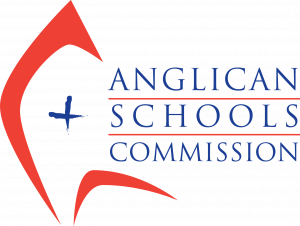 Growing from modest beginnings with the opening of St Mark’s Anglican Community School in 1986 in Perth’s northern beachside suburb of Hillarys, there are now more than 14,000 students attending 11 ASC schools in Western Australia, three ASC Schools in the Diocese of Wangaratta and the ASC Language School, based in Perth.

With a staff of more than 1700, the ASC is one of the larger non-government schooling systems in Australia. We are justifiably very proud of what we have achieved over the past 35 years.

The Anglican Schools Commission (Incorporated) (ASC) was established in 1985, following the passage of a resolution by the Perth Diocesan Synod of the Anglican Church of Australia.

The aim was to provide access to affordable Christian education in the Anglican tradition to more families. It was recognised that existing Independent Anglican schools, while offering excellent education and fine facilities, were unable to be accessed by many families.

The new, co-educational, low-fee Anglican day schools were to be socio-economically comprehensive, overtly Christian in emphasis and accessible to the disadvantaged and children with disabilities.

Since its establishment, the ASC has founded or acquired fourteen schools, with eleven in Western Australia and three are in the Diocese of Wangaratta in north-east Victoria and the Albury border area of New South Wales.

Most schools in Western Australia are known as Anglican Community schools or Anglican schools and all but St George’s Anglican Grammar School, located in Perth’s CBD, have been established in developing areas.

Our newest school to be established is St James’ Anglican School in Alkimos, 40kms north of Perth, while new campuses of existing schools have also been established in recent years.

The ASC has a governing Board comprising people of stature within the Church, education and business sectors. The Archbishop of Perth is Visitor to the ASC and to each of its schools in the Perth Diocese. Those located in other Dioceses have their Diocesan Bishop as Visitor. The Visitor has wide powers. Each of the ASC’s schools is owned by the ASC and operates under its policies.

Each school has its own Constitution and is guided by its own School Council drawn from Church, parent and community sources. The Principal is the Chief Executive of the school and the Business Manager is Secretary to the School Council. The Council has responsibility for overseeing the operations of the school; monitoring its progress and development; planning its capital development in association with and approval by the ASC; raising funds and authorising their application; and operating the school within a budget approved annually by the ASC.

Since its establishment, the ASC has laid down policies and procedures in a wide range of areas, most of which relate to governance, educational and management issues.

ASC staff are responsible for:

Staff are also responsible for receiving and distributing grants to schools and industrial and employment matters.

The operations of the ASC Office are financed by a levy on schools, retention of 2% of Commonwealth General Recurrent Grants (as permitted by the Commonwealth) and modest income from trusts, interest and other donations.

The Anglican Schools Commission acknowledges and pays respect to the past, present and future Traditional Custodians and Elders of this nation and the continuation of cultural, spiritual and educational practices of Aboriginal and Torres Strait Islander peoples.